Jorginho will return, while Wesley Fofana will make his Champions League debut when Chelsea and Dinamo Zagreb face off on Tuesday.

Chelsea will be eager to strongly begin the 2022/23 UEFA Champions League season when they lock horns with Dinamo Zagreb at Stadion Maksimir on Tuesday evening. And Thomas Tuchel has nearly all his resources at his disposal ahead of his side’s latest fixture.

Chelsea’s injury crisis seems a thing of the past, with N’Golo Kante being the only player on the sidelines. The French midfielder is nursing a hamstring injury that will keep him out until after the international break. But the good news is that Pierre-Emerick Aubameyang seems fit and available after travelling with the squad to Zagreb.

Tuchel provided an update on Aubameyang and fellow deadline-day arrival Denis Zakaria during his pre-match press conference. The Chelsea boss has confirmed that the duo will be in line to make their respective debuts for the west London club against Dinamo Zagreb on Tuesday.

Tuchel said, “He [Aubameyang] had a test with his mask yesterday and trained normally, so if it goes well today he and Denis will both be ready. Auba is very ambitious, he’s very focused and he’s hungry to play for us, and he is hungry to prove a point. That’s why he’s here. That’s what we felt from the first moment, and he is happily invited to prove a point tomorrow.”

“If an issue comes up with the mask today we will not put him in of course, but there was no issue for him yesterday and I hope there will not be an issue today. Meanwhile, Tuchel revealed that he decided to give Thiago Silva some rest after playing every minute of the 2022/23 season thus far.

The Chelsea boss added, “We decided with Thiago that he will have a break from travelling and from the stress after he has played every minute so far in very intense matches, so it was the moment to give him a break instead of putting him on the bench and he has to travel. He can take care of his recovery.”

Silva’s absence means Cesar Azpilicueta and Trevoh Chalobah will be hopeful of starting in the central defensive unit. The Chelsea captain should get the nod from Tuchel, lining up alongside Kalidou Koulibaly and Wesley Fofana, with Edouard Mendy keeping his spot between the sticks.

Reece James picks himself as the right wing-back, but Ben Chilwell should replace Marc Cucurella on the opposite flank after an impressive came this past weekend against West Ham United. Meanwhile, Jorginho should return to the starting lineup after getting some rest on Saturday. The Chelsea vice-captain will accompany former Dinamo Zagreb midfielder Mateo Kovacic in the middle of the park. 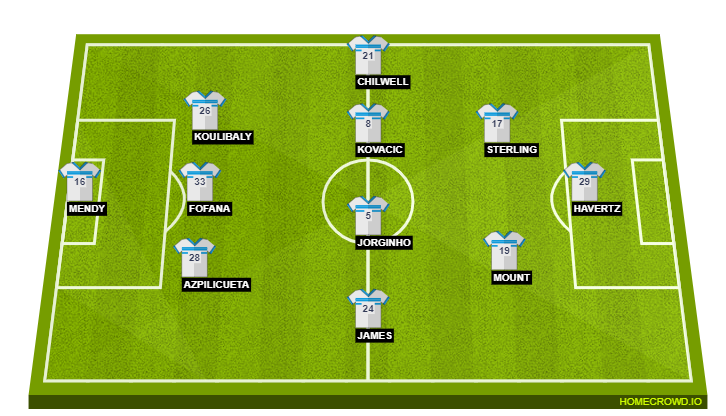 As for the offensive unit, Aubameyang will likely appear off the bench if he is comfortable with the mask to protect his broken jaw. So Kai Havertz should spearhead the Chelsea attack against Dinamo Zagreb, with Mason Mount and Raheem Sterling accompanying him in the final third.