Tyler Morton and Kaide Gordon will start in a heavily-changed side when Liverpool and Shrewsbury Town face off at Anfield in the FA Cup third round.

Liverpool will be aiming to seal safe passage through to the fourth round of the FA Cup when they play hosts to Shrewsbury Town in the third round on Sunday afternoon. And Jurgen Klopp does not have any new roster issue hampering his preparations ahead of his side’s latest fixture.

The Liverpool manager might not be present on the touchline as he continues his recovery from COVID-19. And with his assistant Pepijn Lijnders also self-isolating, Peter Krawietz has taken charge of training this week. Krawietz was also present at the pre-match press conference, where he spoke about the recent coronavirus outbreak at the club.

“I can’t tell you exact numbers, but obviously the situation is like that for the game tomorrow. We have a squad, we have a team, we can play and we will try to win this game. There’s a difficult situation out there. We had a couple of injuries, illness, COVID cases and this is the situation we have to deal with.”

“We still have to wait for a few results as well; the players are not here [yet] for today, so they have to do their test before they can join the building and this is why I cannot speak about the exact numbers. Of course, we are searching for options for this game and for the squad for tomorrow nearly everywhere, but we found enough players to build a team and have a squad for tomorrow.”

Krawietz also revealed that Joel Matip is in contention to feature after rejoining training this week while also speaking about the possibility of Klopp being on the touchline on Sunday.

Krawietz said, “Joel Matip joined training yesterday again, but we have to see if he is available for tomorrow or not. We hope so, of course. He [Klopp] is well so far, he feels fine, but of course the regulations are how they are and for this he has to do tests as well. We hope he will be fine to be in tomorrow, yes.”

Matip is unlikely to start on Sunday, with Klopp expected to save him for next week’s Carabao Cup semi-final against Arsenal. Virgil van Dijk will not start either, with Joe Gomez and Billy Koumetio forming the central defensive partnership. Out wide, Andrew Robertson and Conor Bradley will be the two full-backs, with Caoimhin Kelleher stationed between the sticks amid uncertainty over the availability of Alisson.

Up ahead in midfield, Tyler Morton will be reprising the holding midfield role, with James Milner and Curtis Jones likely to line up alongside him. Jordan Henderson will be rested on Sunday, while Thiago Alcantara, Harvey Elliott and Naby Keita are unavailable. 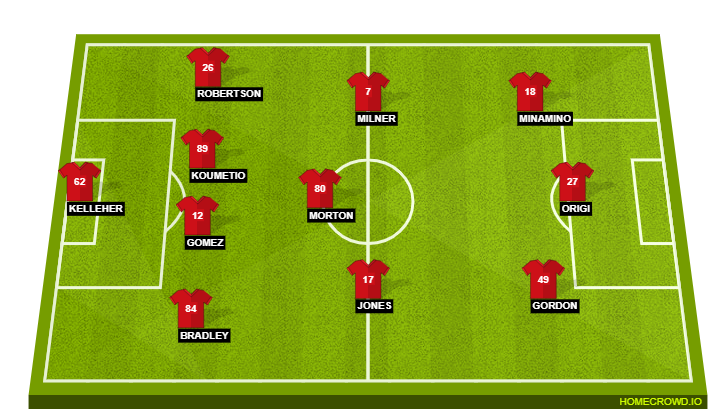 Like Keita, Mohamed Salah and Sadio Mane will play no part for Liverpool in any game this month due to their participation at the Africa Cup of Nations. With Roberto Firmino’s situation similar to Alisson, Divock Origi, Takumi Minamino, and Kaide Gordon are the candidates to feature in the attacking unit, provided Origi has recovered from a knock.