Arsene Wenger has a mounting injury crisis on his hands as Arsenal take the short trip to Stamford Bridge to face Chelsea in the Carabao Cup.

Arsenal will look to shrug off the embarrassment of their FA Cup ouster when they travel to Stamford Bridge to take on Chelsea in the Carabao Cup semi-final first leg on Wednesday. But, Arsene Wenger has quite the challenge at his hands, with a number of first-team player on the treatment table.

Shkodran Mustafi (knock) and Granit Xhaka are the latest players on an ever-growing injury list that now has eight names on it. Arsene Wenger remarked in his pre-match press conference that the duo will face a late fitness test to determine their availability for Wednesday, but with a slight hint of skepticism.

“He [Xhaka] has a test today. We’ll see how he comes through that. Mustafi will also have a test today. I don’t know exactly how available they will be. I will know more after training.” 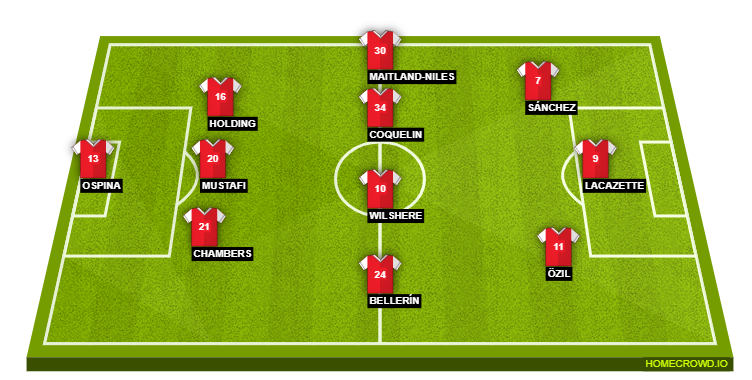 The Arsenal boss also added that none of the players, who were already on the treatment table before the weekend, will be available for the trip to Chelsea, or the weekend, with no significant improvement on their fitness.

“We don’t recover anybody unfortunately. I believe that on Sunday we paid the price for having many injured players. Some needed to be rested but we also had five or six players injured. That’s a bit detrimental to the rotation as well.”

And the German defender could well line up in the back-three, with Calum Chambers and Rob Holding either side of him. Up ahead of them, the likes of Hector Bellerin, Jack Wilshere, Mesut Ozil, Alexandre Lacazette and Alexis Sanchez are set to return.

The final position could hinge on the availability of Xhaka, whose place is likely to be taken up by Francis Coquelin – despite his exit links – in the midfield pivot. In goal, David Ospina is likely to be the only fringe player to keep his place, with Wenger seldom picking Petr Cech in a cup tie.