Jurgen Klopp’s Liverpool travel to Wales to fulfill Premier League commitments, but they’ll have half a mind on Villarreal’s visit to Anfield for the crucial 2nd leg of the Europa League semifinals.

The Reds have endured a disappointing week by the lofty standards set by recent performances. The draw against a struggling Newcastle side was compounded by the loss to Villarreal that has put their Champions League qualifications in jeopardy. Before Liverpool have an opportunity to avenge the late heartbreak caused by Adrian Lopez, they have to face a stern test in the form of Swansea City at the Liberty Stadium.

The last time the Reds paid a visit here, Jordan Henderson scored the goal that gave them all three points. However, Liverpool make the trip this time around without their captain. Klopp is expected to ring a number of changes as well, so they have to work harder to return with a positive result.

Following an impressive run of games in March and April, when Swansea notched victories over the likes of Arsenal and Chelsea, the Welsh side have gone through a defensive horror show. They have conceded 7 unanswered goals over the last two Premier League games. However, the club will hope for better fortunes back in home territory where they have remained unbeaten in 5 of their last 7 outings.

Benteke makes a timely return to the fray from a knee injury for Jurgen Klopp as he will be expected to fill in for the injured Divock Origi. Philippe Coutinho, who was substituted at half-time in the game against Villarreal, is unwell and is unlikely to start tomorrow. Mamadou Sakho is out for the season following the initial 30 day suspension imposed on him by UEFA for his failed drugs test. Danny Ings returned to full-training with the U-21 squad recently, but is still a long way away from being match fit. The German hinted at a number of fringe players making the lineup as he looks to rest his big guns for another massive European night at Anfield during midweek. 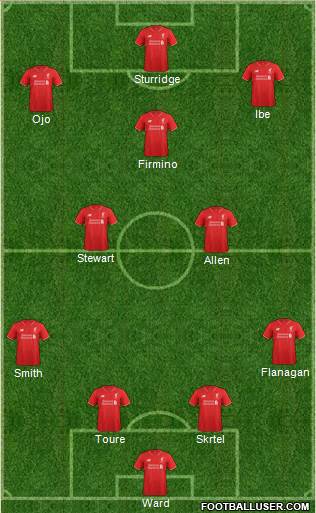 Italian front-man Alberto Paloschi and Dutchman Leroy Fer are some notable names for Swansea that will miss Liverpool’s visit on Sunday. In their absence, the likes of Ki Sung-Yeung, Jefferson Montero and Bafetimbi Gomis fight for a return to the starting lineup. 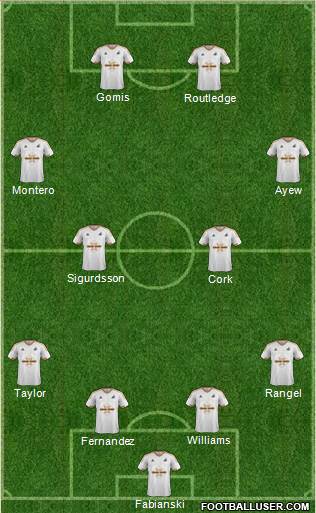 The Reds have managed to put an attacking display irrespective of the kind of players they have fielded. But the good work up front has often been undone by the side’s defensive shortcomings. Swansea, on the other hand, evidenced by their league low chance conversion rate of 31%, have been awfully poor in front of goal. Having said that, this should be a game Liverpool take through and compound the misery on what is set to be Swansea’s worst Premier League season in terms of table standings.