With 4 games remaining to save Newcastle’s Premier League status, manager Rafa Benitez faces a massive trip to Anfield to face a resurgent Liverpool side. Meanwhile, the Reds will be keen to maintain their rich vein of form as they prepare for the first leg of their Europa League semifinal at Villarreal.

It has been a very disappointing season for Newcastle yet again with the Tyneside outfit faced with another fight to the death for top flight survival. And in Rafa Benitez, they have a former Liverpool manager who has seen both the highs and lows in world football. Having been tasked with winning silverware at every major club he has ever managed, Newcastle presents a different test in the form of relegation battle.

Jurgen Klopp has significantly revived Liverpool’s season since he took over, taking the Reds to a cup final and presently keeping them in the hunt for Europa League glory. The Reds are certainly buzzing with confidence over their recent successful run and would want to end the season on a high and potentially secure some silverware. The Reds have won their last 3 league games and a win against the Toons will keep pressure on the sides above them and any outside chances of a Champions League qualification alive.

Divock Origi was ruled out for the season with a 4-6 week layoff owing to an ankle ligament cted by a horrendous tackle from Everton defender Ramiro Funes Mori in the Merseyside Derby. He joins Emre Can and Jordan Henderson who had both suffered season ending injuries in the  previous weeks. Benteke is making a timely return to full fitness from a knee injury and could provide Klopp some options up-front for rotation should he decide to rest Sturridge for the bigger fixtures. The German is expected to ring a few changes for the visit of Newcastle keeping one eye on his side’s visit to Villareal for the first leg of the Europa League semi-final. 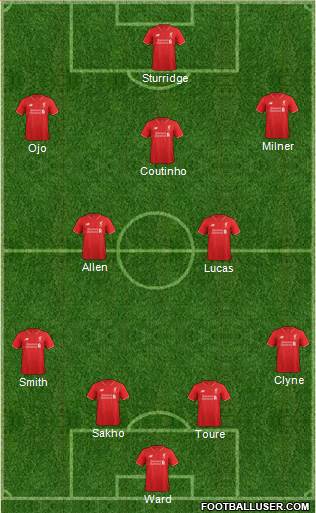 Kevin Mbabu is available for Newcastle after a thigh problem, but neither Fabricio Coloccini (calf) nor Daryl Janmaat (groin and hand) are fit to return. Tim Krul, Rob Elliot (both knee), Steven Taylor (muscle strain) and Massadio Haidara (knee) also remain on the sidelines for Rafa Benitez’s men. 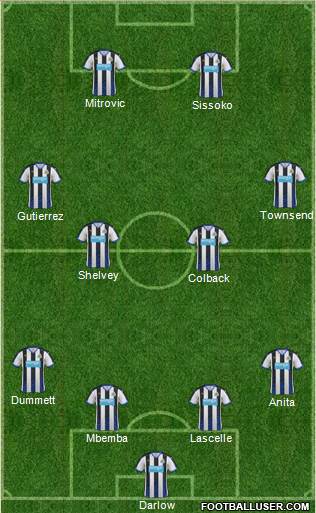 Rafa Benitez will be desperate for 3 points for his side, even if it comes at the expense of his former club. Newcastle put up an impressive display against Manchester City and a similar one at Anfield could enable the Magpies to get something out of this fixture. Klopp, meanwhile, will want to field his best lineup at the Madrigal on Thursday. So keeping that in mind, he may rest a few key players. However if the replacements turn up with a performance like against Stoke and Bournemouth, it should give the German a lot to cheer about.