Maurizio Sarri’s side faces a tricky away trip at the Stadio Fruili on Sunday against Udinese.

Coach Luigi de Canio had an immediate impact with the Zebrette helping them to a draw against high flying Sassuolo. Napoli, will however, be an even bigger challenge for the coach, who recently replaced Stefano Colantuono, who got sacked after the defeat to Roma.

Udinese have slipped down to the 16th place in the Serie A league table and are hovering dangerously over the relegation zone. The gap between them and the currently 18th placed team Palermo is 3 points.

Napoli, on the other hand, are serious title contenders this season and will hope to capitalize on Juve’s potential slip ups in the match days on account of their injury problems. The three points that separate Udinese from the relegation zone, also separates Napoli from currently first placed Juventus.

Gonzalo Higuain has 29 goals in Serie A this season with 8 games to go. He will most likely end the season as the Capocannoniere. The bigger question however is whether he will break all the existing Capocannoniere records, including the one set by Gunnar Nordahl (36 goals).

Brazilian central midfielder Guilherme is set to miss the match through injury, while Heurtaux is a doubt but could still play if he is fit in time. Former Milan youth Alexander Merkel is also unavailable for selection for Udinese as he hasn’t recovered from his ACL injury.

Di Canio in all likelihood will retain his 3-5-2 formation that so many coaches in the peninsula seem to be so fond of.

Elseid Hysaj, the fullback who followed Sarri from Empoli, is doubtful for the game against Udinese and will face a late fitness test on Sunday. Other than that, Sarri has a full squad ready and available at his disposal. Should Hysaj fail to recover in time, Vasco Regini is likely to take his place. 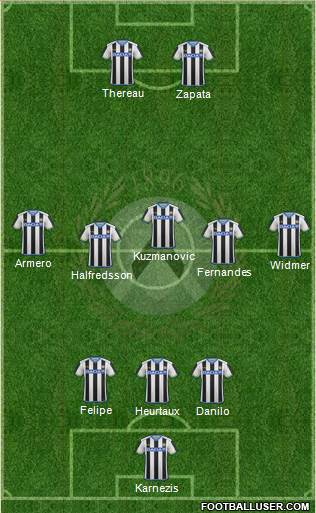 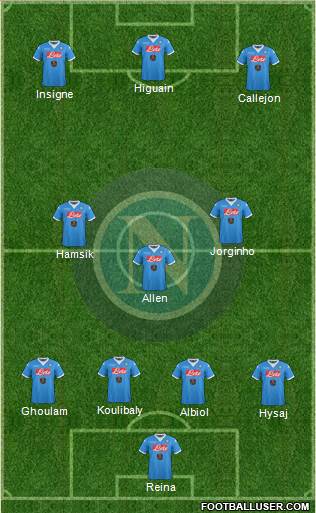 Despite a new manager being appointed, Udinese have little hopes of getting a result against a Napoli side who are in blistering form this season. It  will be interesting to see what device the likes of Heurtaux and Danillo will hatch to deal with Higuain and Insigne.