Manchester United will be hoping to get their Premier League campaign back on track when they come up against an under-performing Everton side in a high stake encounter for both sides.

Manchester United are hot on the heels of their neighbours Manchester City after beating them in the Manchester derby a fortnight ago. However, City have increased the gap to 4 points after beating Bournemouth 4-0 on Saturday. The Red Devils need to beat Everton at home on Sunday to keep the pressure on their cross-town rivals.

After the highs of last season, the Toffees have plummeted down to earth in the current campaign. They are currently languishing in the 12th position, which is an unacceptable state of affairs for a team boasting of talents like Ross Barkley, Romelu Lukaku, Seamus Coleman and John Stones. Everton will head into the match with all guns blazing, but at the same time Manchester United and Louis van Gaal cannot settle for anything less than a win.

The latest news from the Red Devils camp is that German midfielder Bastian Schweinsteiger may be out for the rest of the season after picking up a knock on international duty. Ander Herrera, Ashley Young and Antonio Valencia are all back in the reckoning after recovering from injuries, but Louis van Gaal is likely to persist with the same players who have steadied the ship in the past few weeks. 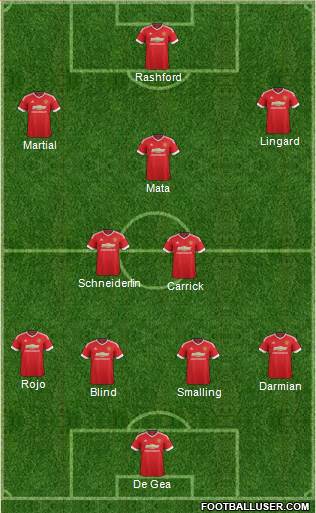 Gareth Barry is suspended for this key clash, but Kevin Mirallas is back in contention after completing his suspension. Stones picked up an injury with the England national team, but has recovered well enough to feature in this match according to Roberto Martinez. 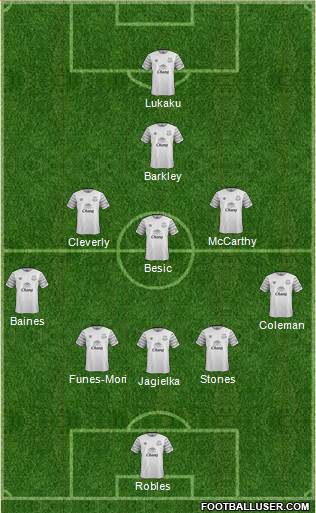 The Red Devils are determined to finish in the top four and will be confident of getting all three points at Old Trafford. Everton’s weaknesses have been evident this season, and Manchester United will take advantage of any and all errors on their part. However, Romelu Lukaku could continue his fine form and put one past De Gea at the Theater of Dreams.