High-flying Tottenham Hotspur head to Anfield in a bid to keep their pursuit of the Premier League title alive. With recent visits to the Merseyside powerhouse not making for a pretty reading for Pochettino’s men, the Spurs will be aware that another capitulation at the hands of the Reds would effectively end their title race.

The Lilywhites from North London have scripted a fairy-tale Premier League campaign after playing some attractive football with an attacking flair that has enabled Mauricio Pochettino to extract the best out of his squad. However, in Jurgen Klopp’s Liverpool, the Argentine faces a team that mirrors the ideals and high intensity pressing game that he has established with his side. Incidentally, it was Pochettino’s men that presented Jurgen Klopp with his first taste of English league football when the two sides played out an entertaining 0-0 draw at White Hart Lane back in October.

Liverpool are expected to be without the services of in-form Roberto Firmino heading into the crucial tie at Anfield with the Brazilian still recovering from a minor injury he suffered prior to the Southampton defeat. The Reds will certainly be out to dent the title hopes of their London counterparts and put their own quest for European football next season back on track.

Meanwhile Lallana, Henderson, Clyne, Sturridge and Milner have returned to the squad after featuring in the friendlies against Germany and Netherlands for Roy Hodgson’s men. 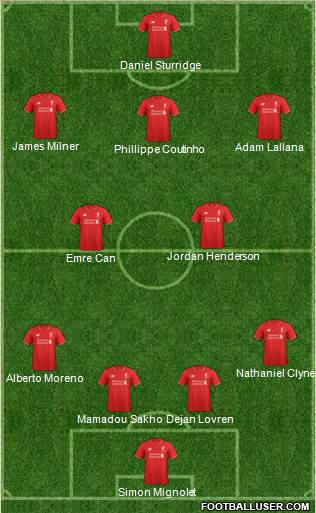 Harry Kane and Dele Alli  return from their international exploits with England and will be ready to take over the reigns in attack for Tottenham.

Erik Lamela picked up a muscular problem back home in Argentina and hence the attacking midfielder is a doubt for the Anfield clash. Toby Alderweireld, who dealt the Spurs a minor scare after withdrawing himself out of the Belgian squad over complaints of a stomach bug is back and has attended full training over the last 3 days. Meanwhile fellow compatriot Jan Vertonghen remains sidelined along with Clinton N’Jie 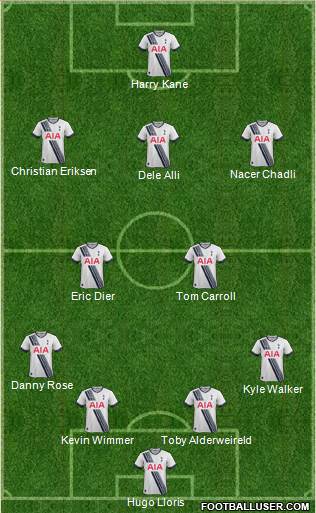 In a match-up of identical principles and philosophies, the result will be decided by the team that manages to defend better. While both sides have triumphed in attack, a constant worry for Liverpool this season has been their defence. Poor defending from set-pieces could cost the Reds dear against a Spurs side that ranks the highest in the league in terms of netting goals from set-pieces. Hence a solid back four will be key to deciding which side leaves Anfield with the three points.