As the international break comes to an end and Premier League action returns at its furious best, underdogs Bournemouth welcome Manchester City to the Vitality Stadium.

As a newly promoted team, Bournemouth have exceeded expectations. Deemed too weak to avoid relegation, the Cherries have climbed to the 13th place at a late stage of the season, 12 points clear of the drop zone. They’ve played brave, attacking and entertaining football to reach this point, and Manchester City will be wary of Eddie Howe’s men when they visit the Vitality Stadium on Saturday.

Manuel Pellegrini’s men have their task cut out for them. They need to keep winning in order to challenge for the title, as well as to keep the two clubs immediately behind them at bay. West Ham United and Manchester United are just a point behind the Citizens. This makes this clash a key encounter for Manchester City.

Harry Arter and Joshua King could end up on the sidelines for the match, as they face a late fitness call. The Cherries are also missing their star winger Junior Stanislas. 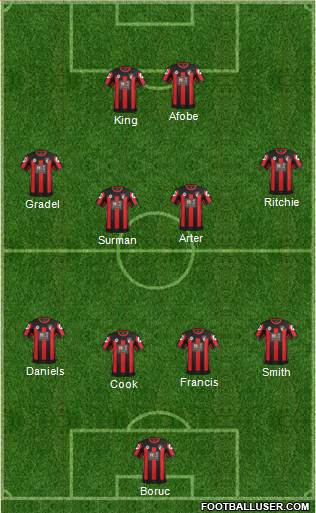 Manchester City are set to welcome back midfielders Samir Nasri and Kevin de Bruyne, while Willy Caballero starts in goal instead of the injured Joe Hart. 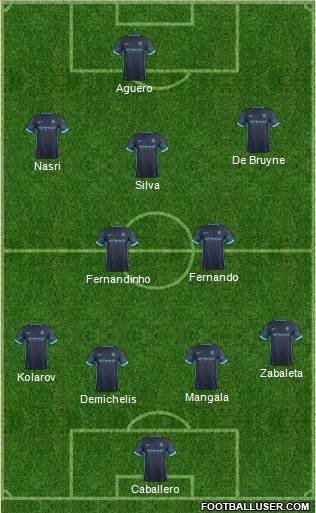 The return of Samir Nasri and Kevin de Bruyne is a huge boost to Manchester City’s attack, and with David Silva and Sergio Aguero set to welcome them back, they have a quality attacking trident which should be able to tear into the Bournemouth defence.

Eddie Howe emphasises on attacking football at Bournemouth, and the Cherries may sneak in a goal or two against a compromised Manchester City defence. But the Citizens will probably end up winning this encounter.