After the heartbreak of crashing out of two competitions in the past week, Arsenal need to get their Premier League campaign back on track. They face a tough trip to Goodison Park for a crucial encounter against the underachieving Everton.

Barcelona blitzed past the Gunners in the Champions League, while the Hornets stung them with defeat and elimination from the FA Cup. This means that Arsene Wenger has just one remaining shot at glory this season — the Premier League.

However, owing to a dismal showing in the past few weeks, Wenger’s men are a staggering 11 points behind leaders Leicester City, with a game in hand. There are just eight rounds of Premier League action left to go, and Arsenal need to try to win each and every one of their games to be able to realistically harbour title hopes.

They start this uphill battle in the hostile atmosphere of Goodison Park, against a mercurial Everton team jam-packed with enough talent to go toe-to-toe with the best.

The Toffees will miss both Gareth Barry and Kevin Mirallas through suspension, but Bosnian Muhamed Besic will be looking to make an impact for Everton in midfield. 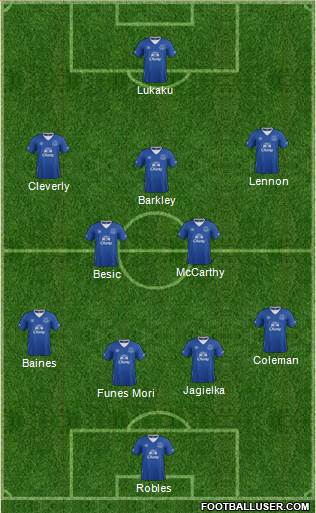 The Gunners are still missing their veteran goalkeeper Petr Cech, and David Ospina will be filling in once again. The terrible form of Alexis Sanchez and Theo Walcott will probably lead to Danny Welbeck and Joel Campbell starting instead of the misfiring duo. 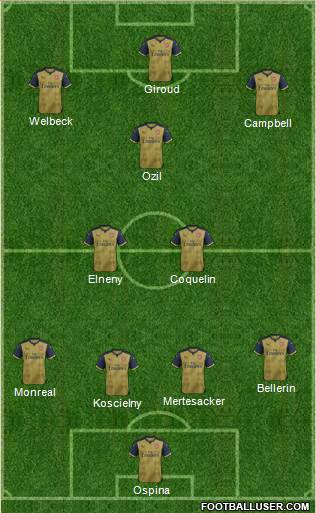 The Toffees are still riding the high of knocking out Chelsea from the FA Cup, and have been constantly teasing greatness for the past couple of seasons. This time around though, they have faltered in their campaign, currently languishing in the bottom half of the table.

It may be a must-win match for Arsenal, but it is also equally crucial to Everton’s ambitions to grab maximum points from this one. Both teams will be going all out, but judging from the hit and miss season they’ve both had, this fixture could end up falling short of spectacular. A 1-1 draw seems the likeliest result at Goodison Park on Saturday.

(via: The Daily Mail)