On Tuesday, title contenders Arsenal FC will face Southampton FC in a match that will see them try to make up some ground in the chase to take top spot from Leicester City, who are 3 points clear at the top of the Premier League table.

The last time these two sides face each other, Arsenal were cruising at the top of the table, but a 4-0 defeat at the St. Mary’s Stadium proved to be a harsh reality check for the Gunners and they will be looking to avenge that humiliation as Southampton travel to the Emirates Stadium in London to lock horns with the Gunners once again.

The Saints will be hoping to repeat last week’s result against Manchester United, while Arsenal will be boosted by the return of a key man in Alexis Sanchez, who put on a fine display for them in their FA Cup tie on the weekend. 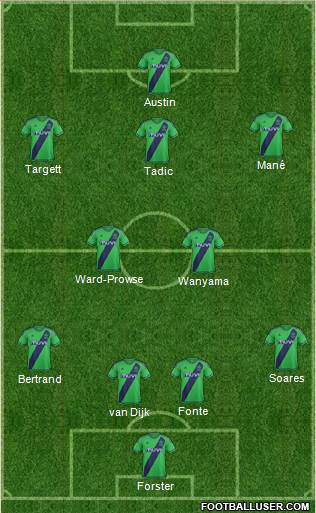 The return of Alexis Sanchez adds a whole new dimension to Arsenal and they have sorely missed their charismatic play maker these past few months. With Sanchez, Ozil and Giroud set to start, the Gunners boast of their first choice attacking trio and this could make all the difference in the match against the gritty Saints.

While Southampton have been a tough side to break down defensively, Ozil will revel in the return of his midfield partner and even if Austin extends his goal scoring record against the Gunners, they should edge this one out by a narrow margin.

[via: The Daily Mail]