Kerala Blasters On The Maarch

The Blasters edged one step closer to the semi-final with a win over FC Pune City as goals from Duckens Nazon and captain Aaron Hughes potentially delivered the fatal blow to Pune’s hopes of knockout qualification. The Stallions did pull one back through Anibal Rodriguez and belted in a spectacular free-kick to deny Sandip Nandy a well-deserved clean sheet. It was however a case of too little too late for the Maharashtrian side as their wait for an ISL semi-final continues to rumble on.

Kerala were by far the more entertaining team on the night as they looked composed in possession, solid in defence and devastatingly good on the counter with the pace of Nazon, Antonio German and CK Vineeth causing all kinds of problems for the Pune back-line. The first goal came in the 7th minute when Duckens Nazon completed a spectacular run along the left flank, got past two defenders to finally slot the ball into the back of the net. The goal was all about the sheer pace, presence of mind and skill of the player.

Hughes effectively settled the tie in the second half after he guided a Rafi cross into the back of the net to score his first goal of the season for the Blasters. Pune had a number of chances to peg Kerala back. They squandered a couple of guilt-edged chances from as close as a yard away from goal to leave them ruing their lack of finishing ability in goal. For all their shortcomings from inside the penalty area, it was a thumping strike from outside the Kerala box that gave Punekars a tiny iota of hope to come away with at least a point.

Anibal Rodriguez unleashed a thunderous strike into the top corner in the 95th minute but there was little the Stallions could do to salvage any favourable result from there-on. With only a game remaining, Pune’s chances of qualification are slim even though they sit just a point below 4th placed Delhi Dynamos.However all the teams above them have at least a game or two in hand as opposed to Antonio Lopez Habas’ side which means their knockout fate is effectively out of their hands. As for Kerala, things are looking bright and if they can keep the level of intensity and performances, Steve Coppell can fancy their chances in this year’s ISL.

Things aren’t looking good for the defending champions with their loss to Mumbai City FC in the previous game further diminishing their prospects of knockout qualification. However they can still remain in the equation should they come away with the six points from their remaining games.

It has been an immensely underwhelming campaign for the defending Champions as they sit 2nd from bottom in the ISL table with all but two games remaining in the league phase of the season. The 2-0 loss to Mumbai on Thursday was a devastating blow to their chances of a semi-final berth. Marco Materazzi’s side will now bank on two consecutive wins in their last couple of games and a string of favourable results to take them through to the knockouts.

They have lost three of their last five matches but the Super Machans cannot afford any-more slips-ups against Northeast United on Saturday and FC Goa next week. The Blues from Chennai have showcased a penchant for the late comeback having fashioned an unlikely run of unbeaten wins towards the business end of the campaign last time around to sneak into the semi-finals before finally sealing the title at the expense of FC Goa in the final against all odds.

Chennaiyin FC players warm up before the start of the match 46 of the Indian Super League (ISL) season 3 between Mumbai City FC and Chennaiyin FC held at the Mumbai Football Arena in Mumbai, India on the 23rd November 2016.
Photo by Vipin Pawar / ISL / SPORTZPICS

Marco Materazzi’s men have always looked short of a playmaker this season to fill the boots of Elano Blumer and Bruno Pelissari, and a striker who was more of a goal-getter than the workman-like duo of Davide Succi and Dudu Omagbemi. This has come to hurt them as very often midfield dynamo Raphael Augusto is seen burdened with more creative responsibility than his yoke can handle.

Hans Mulder does help out from time to time but he is more of a box-to-box midfielder and doesn’t check all the boxes as a creative player in the middle of the park that Chennai need to complement their Brazilian. John Arne Riise started as a left-back against Mumbai and could start there once again, with Bernard Mendy, Eli Sabia and Mehrajuddin Wadoo comprising the rest of the defense. Midfield could shape up as a diamond with Harmanjot Khabra sitting at the base. Mulder and Zakeer will operate in front of them with Augusto playing as a creator. Succi and Daniel Lalhlimpuia could start as a front-two. 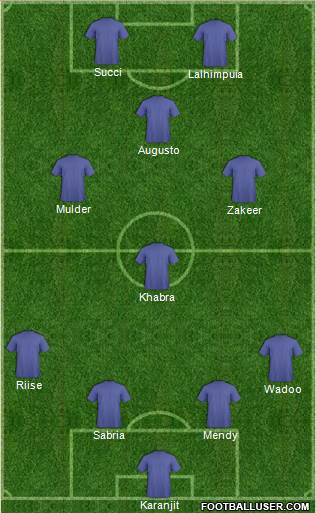 After enjoying such a promising start to the campaign, Nelo Vingala will be left wondering how his side lost their way like they did. After securing nine points from their opening 4 games, Northeast United have only picked up 5 points from their last 7 games leaving them in the danger of falling out of the knockout places. However with three games in hand, things are still very much in control for the John Abraham owned franchise.

Their poor run seems to have coincided with the poor form of striker Emiliano Alfaro’s who has gone scoreless over the last three games after scoring five from the opening 7 for the Highlanders. The inconsistency of his strike partner Nicholas Velez has done little to help Northeast’s case. Rowllin Borges will be absent for the crunch tie on Saturday as the midfielder is serving a suspension for having accumulated his share of yellow cards for the season. Borges has been a key figure in midfield for Vengala’s side sitting in front of the back-four. The Goan assumed the responsibility of covering his area of the park and did so admirably well while also offering Katsumi and Romaric more freedom to go forward.

NorthEast United FC players practise before the start of the match 11 of the Indian Super League (ISL) season 3 between FC Pune City and NorthEast United FC held at the Balewadi Stadium in Pune, India on the 12th October 2016.
Photo by Vipin Pawar / ISL/ SPORTZPICS

Marquee man Didier Zokora will likely drop to the bench in order to accommodate the returning Gustavo Lazaretti. Gustavo will be partnered by former Chennaiyin man Mailson Alves in the heart of the defense with Shouvik Ghosh and Salam Ranjan Singh playing as full-backs. Vengala may opt to shift from a 4-1-4-1 to a 4-4-2 to account for the absence of Borges. A win is of the essence for the Highlanders as they look to keep up their chances of qualification and a lot of how that pans out is reliant on the performance of Emiliano Alfaro in attack. 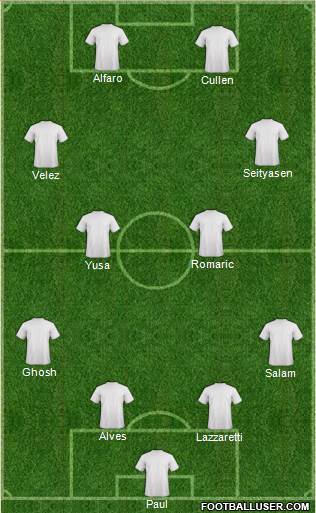 The Super Machans needed a spectacular strike from Davide Succi to earn them the three points last time around while there was little to split between the two sides. Things aren’t much different this time around and barring a moment of brilliance the game at the Marina Arena could end up in a dire draw.