CK Vineeth was at it once more as the Blasters beat Chennaiyin FC in South Indian derby.

CK Vineeth was the hero once again for Kerala Blasters as they nicked their first win over their South Indian rivals Chennaiyin FC with a 3-1 scoreline to go joint second in the league table. Having missed half of the Blasters’ campaign while on duty with Bengaluru FC in the AFC Cup, CK Vineeth’s return has added a much need sting to his side’s attack scoring 3 goals in just two games.

The game lived up to the pre-match hype as the fixture began at a frenetic pace which kept the 35,000 odd fans at the Jawaharlal Nehru Stadium at the edge of their seats. It was Chennai, however, who scored the first goal on the night to silence the home crowd courtesy of a goal from Bernard Mendy, who was thriving in his new midfield role.

The Frenchman has really come into his own in the middle of the park as he scored his second consecutive goal with the opener against the Blasters. Mendy made a burgeoning run into the box, evaded a couple of defenders and tried to curl one past Graham Stack in goal before the ball took a wicked deflection off Sandeep Jinghan to creep in. The goal did well to lift the spirits of the defending champions who were still reeling from their 4-1 thrashing at the hands of the Delhi Dynamos in their previous game.

The Blasters then launched a torrent of attacks on Duwayne Kerr’s goal in pursuit of an equaliser before finally reaping the rewards in the 67th minute when Antonio German set up his fellow half-time substitute Didier Kadio across goal, who slotted the ball in the back of the net.

The game looked to be headed for a draw before a blunder from Kerr handed CK Vineeth a golden opportunity to slot the ball into an open net and the local lad duly obliged. The Jamaican goal-keeper failed to hold on to a cross and dropped the ball at the feet of the Bengaluru FC maestro to leave Materazzi fuming on the sidelines.

Four minutes later in the 89th minute the Sachin Tendulkar owned franchise settled the Derby with a goal on the counter once again finished by Vineeth. With Chennai swarming around the Blasters box in search of their equaliser, a quick break turned into a devastating counter-attack that the Keralites well and truly capitalised on to compound the misery on their South Indian rivals enroute to securing a memorable three points.

Having lost two in a row, Materazzi will have his task cut out in trying to get the defending champions to the knockouts. The Super Machans have five games remaining to turn their fortunes around and if last year was any evidence, that is more than enough time for Chennaiyin to spark their comeback.

With just a single loss this season, the Delhi Dynamos are the team to watch out in the ISL now as they sit a point clear at the top of the table. With Atletico De Kolkata visiting them today, they will look to cement their place at the top and take them that much closer to securing their place in the knockouts.

Things couldn’t be better for Gianluca Zambrotta’s side at the moment with Kolkata’s visit giving them an opportunity to establish clear daylight at the top of the table with a four point lead. However it will not come easy against a side they lost to early on in the season.

That said, the Dynamos are a much different side now than they were in the beginning of the campaign as the team seems to have finally found it’s mojo with the players linking well going into the business end of the season. Since their loss against Kolkata on matchday 20, Delhi have come away with 3 wins and a draw scoring 9 goals while only conceding two in the process.

Florent Johan Malouda of Delhi Dynamos FC warm up before the start of the match 27 of the Indian Super League (ISL) season 3 between FC Goa and Delhi Dynamos FC held at the Fatorda Stadium in Goa, India on the 30th October 2016. (Picture Courtesy – ISL)

Zambrotta managed to get another over his Italian counter-part Marco Materazzi with a 4-1 demolition of Chennaiyin in the previous game. A large part of their success in recent weeks boils down to their effervescent attack featuring Marcelinho, Richard Gadze, Florent Malouda and Kean Lewis.

The quartet have scored 13 goals between them this season and the boss will hope that the hot streak continues against a defensively solid Kolkata outfit. Having managed to break the most resilient of defences against Kerala Blasters in recent weeks, Zambrotta will be confident that his boys can do the job on the night.

Another factor that’ll work to the Dynamos’ advantage is their unbeaten home record where they have looked at their imperious best this season. That said, the on-going campaign has witnessed a lot of records being shattered and there is no reason why Delhi shouldn’t be vigilant instead of getting carried away by their laurels. After a slow start to the campaign, the Dynamos are setting the pace for the season and the club will only hope their purple patch of form will ultimately culminate in a potential ISL crown. 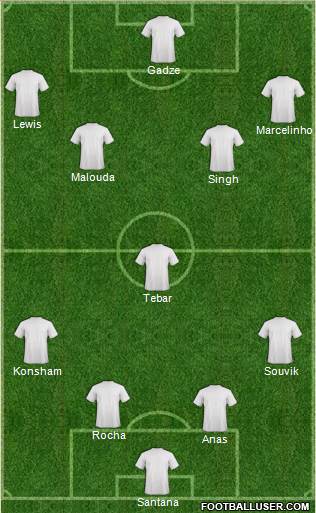 Kolkata have been one of the most consistent campaigners in the history of the competition and look on course to keeping their record in-tact with this season as well. With almost two games in hand, the Jose Molina led side still sit 4th in the table with 12 points to their credit. Despite beating the Dynamos early on in the campaign, Kolkata will face a different challenge when they are up against them once more at the Jawaharlal Nehru Stadium in the capital city.

The 2014 champions seemed to have trouble in their attack and Molina will be sweating over the form of star forward Iain Hume. The Canadian forward netted 11 goals in the 2015 campaign but only has three strikes to his name this campaign, all of which have come from penalties. Atletico de Kolkata are coming into this game after an agonising defeat against FC Pune City when they conceded a goal at the end. Coach Jose Molina was disappointed with that result but has had enough time to work with the team.

Molina’s side will hence be tasked with stopping the Dynamos in their tracks and catch up with the leaders at the top. A solid defence has worked to their advantage in recent weeks but as mentioned before, it is their attack that needs to click. They managed to keep Pune at bay for large portions of the game but a lack of sting in front of goal meant they couldn’t capitalize on their defensive resilience that eventually broke in the dying minutes of the game.

Molina will hope Hume along with Postiga will have their scoring boots when against a Delhi side who have been in free-scoring form off-late Having two games in hand, a win against the table-toppers will do Atletico a world of good and will help them shore up the gap between them and could potentially pit them in the driver’s seat once more in the race for the knockout places. 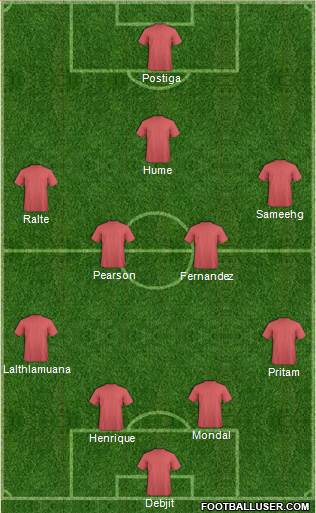 Delhi have looked imperious at home this season and while records are there to be broken, it is hard to see a Kolkata side outscoring arguably the in-form team in the league at the moment. The defence led by Arnab Mondal will have to be on their toes if they are to keep the likes of Marcelinho, Gadze and Malouda off the score sheet.