Chennai have seen themselves drop out of the top 4 owing to two draws from their last couple of games while Mumbai have been riding on some good form lately and are a win away from taking the top spot in the ISL table.

Marco Materazzi will have sights firmly set on a victory against Alexandre Guimaraes’ Mumbai City FC when they come to the Jawaharlal Nehru Stadium at Chennai on Wednesday. With a win against Northeast United two weeks ago, the Super Machans looked well into the grind of the season and seemed capable of challenging for the top spot, let alone the knockout places.

However, their inability to score wins against the likes of FC Pune City and Kerala Blasters, who are both placed below them, meant they dropped out of the top four. Mumbai on the other hand have begun to pick up momentum after a slow slart to their campaign and a win against table-toppers Atletico De Kolkata certainly underlined their credentials for the Indian Super League title this time around.

Having said that, both sides have a chance at usurping Kolkata’s place at the top with a win and hence stakes and emotions will be running high in a crunch encounter at Chennai. Mumbai will also have personal scores to settle with Chennai as they are still on the look-out for their first points in the ISL against the Abhishek Bachchan owned franchise having lost all four of their previous encounters.

Chennai have injury worries riding into this one with the absence of talismanic centre-back John Arne Riise and midfielder Hans Mulder. The former has endured damage to his ankle and is expected to be out for another 2-3 games while the Dutchman is yet to recover from the injury he suffered due to a tackle from Azrack Mahamat in the previous game against Kerala Blasters.

Manuele Blasi, who was a regular campaigner last season, will take Mulder’s place in centre-midfield while Eli Sabia will partner alongside Bernard Mendy in the heart of the defence. Dhanachandra Singh, who has been ruled out for several weeks, isn’t expected to make his return anytime soon which means 18-year-old Jerry Lalrinzuala will continue to carry the baton in the left-back role. The AIFF Elite Academy product barring a poor opening game, where he conceded a penalty that enabled Atletico to equalize and come away with a point, has been very impressive and has well and truly repaid the faith Materazzi has shown in him so far.

A cause for worry will be lack of creativity for Chennai who often looked dazed and lackadaisical in possession against Kerala once Mulder was hauled off. Hence their Italian boss will have to work up some alternatives for creativity in the line-up  and we may well see Jeje Lalpekhlua making his way back into the line-up having been rested for the previous game. Chennaiyin can ill-afford a loss at this stage of the competition and given their injury worries and recent form Materazzi was quick to trash talk of his side’s good record against Mumbai. He stated that the past had no bearing on what would happen on Wednesday night as evidenced by other results this campaign.

For example, Chennaiyin’s battles against FC Goa were always won by the visiting teams — including last season’s final — yet they broke the trend by winning at home this season. Delhi Dynamos had lost all four league clashes against FC Goa, yet secured a comfortable 2-0 victory in their last game.“Every year, everything changes, and every ISL is different from the previous year. What scares me actually is that this season everything is opposite,” Materazzi said. That said, with a penchant for team rotation one can expect a lot of tinkering done with the starting XI from the Italian going into the crucial tie against Mumbai. 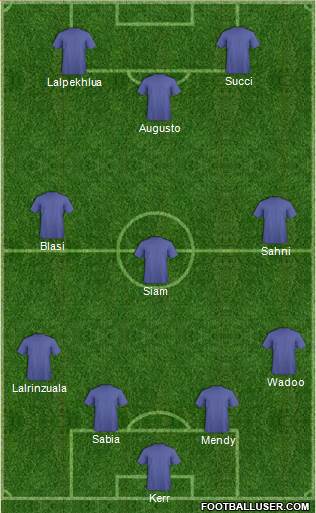 Alexandre Guimaraes’ side have no significant injury worries as they look to carry over from their victory over Kolkata to make it two consecutive wins on the road. After a relatively slow start to the campaign, it appears Mumbai City are finally in their element and look primed to secure a first knock-out spot since the inception of the Indian Super League in 2014. Their attack has clicked when they needed them the most this campaign and as a result we can expect Uruguayan legend Diego Forlan and Haitian international Sony Norde  to continue their partnership upfront against Chennai.

While in the beginning of the campaign Forlan started up top in attack, he has off-late taken a more withdrawn no.10 role allowing the swift and pacy duo of Norde and Matias Defederico to make darting runs forward using their speed to good effect. Another player Norde has forged a good partnership with in this line-up is that of midfielder Kristian Vadocz with his service playing a big role in a season where the Haitian has proved to be a revelation for the Mumbaikars. The Ranbir Kapoor owned franchise however boast a solid defence as well and a lot of that is down to Lucian Goian in centre-back.

The Romanian defender has been a brick wall at the back and has often single-handedly warded off opposition attacks. Anwar Ali could partner him at the heart of the defense, with Aiborlang Khongjee and former Chennaiyin man Lalmangaihsanga Ralte on the sides. Guimaraes went with a 3-4-2-1 formation against Kolkata so that his side can maintain a five-man defence while under pressure and can have more bodies going forward when they attack on the counter and that seemingly worked to their advantage.

However against a Chennai side that is starved off creativity owing to the absence of Hans Mulder, Mumbai will be expected to field a 4-5-1 with two holding midfield players sitting behind an attacking midfield trio of Defederico, Vadocz and Norde servicing Forlan in attack. 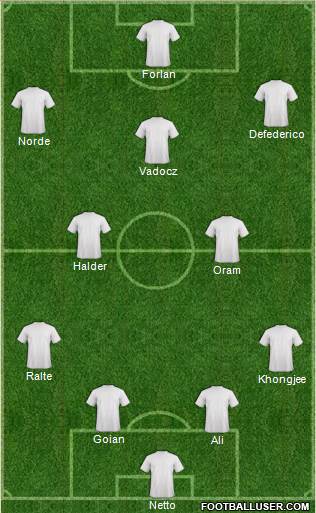 Hans Mulder has been one of the key players for Materazzi’s side this competition and the fact that Chennai looked starved of imagination in his absence doesn’t bode well for them against a Mumbai side oozing with quality and creativity. And with a solid rock to hold their back-line in good stead, it could well be a first victory for Mumbai against Chennai in the Indian Super League as the third edition continues to rewrite history.