Substitute Anibal Rodriguez scored a well-taken free-kick in the 82nd minute to cancel out Jeje Lalpekhlua’s opener for Chennaiyin FC as both sides were forced to settle for a point. The defending Champions looked set to knock Northeast United off their perch at the top thanks to a marvelous strike from Indian international Lalpekhlua in the 28th minute. The forward was picked out by a clearance from Jerry Lalrinzuala and with one look at Edel Bete, who was off his lines in the Pune goal, he lobbed the ball delightfully over the keeper to score one of the best goals of this season’s Indian Super League.

The Super Machans seem to be making a habit out of scoring spectacular goals with Italian forward Davide Succi scoring an absolute peach of a volley few days ago to secure three massive points against Northeast United. Marco Materazzi was understandably left disappointed by his side’s failure to keep Pune City FC at bay and hence miss a glorious chance to go top of the table. Chennaiyin dominated the Stallions throughout the game and their inability to make that count is what’ll further irk their Italian boss. The game was littered with fouls all around as the referee was forced to reach out for his yellow card on six occasions through the ninety minutes – Chennaiyin took four bookings while Pune took two. However, an unspoken incident from the game that blissfully missed the eyes of all the match officials and even Materazzi himself was Ravanan’s vicious stamp on Dudu. In a game where cards were flying around initially, the stamp escaped without any call for foul or even a card.

Both sides had goals ruled out initially in the game before Lalpekhlua handed Chennaiyin the lead on the night. Pune City FC’s best chance of the game fell to Jesus Tato when the Spaniard was afforded a guilt-edged opportunity from 10 yards out in the first half, only for him to sky it well over Duwayne Kerr’s goal. The Chennaiyin back-line led by former Liverpool legend John Arne Riise put up a solid display in defence and were only denied  their second consecutive clean sheet by Anibal Rodriguez’s late strike in the second half. The substitute’s free-kick was only his second touch of the game as he took over from Jonathan Lucca on free-kick duties and duly delivered in his first attempt. Antonio Lopes Habas believed that Pune City were equally good or in-fact better than Chennaiyin on the night despite the latter dominating his side for significant quarters in the game. However, with their solitary victory this season coming away from home, Habas will have to address Pune’s home form soon. The Stallions are yet to secure a win at home this season on 3 times of asking and the former Atletico boss will hope the scene changes when they welcome struggling FC Goa a week from now.

Early signs have indicated that the duo of Kerala Blasters and FC Goa could be set to battle it out for the wooden spoon this season. However they will look to change that on Monday when the Sachin Tendulkar owned franchise visit the Fatorda to clash against Zico’s trouble Goan outfit.

Things certainly haven’t gone to plan for Goa so far this campaign with last season’s finalists still languishing at the bottom of the table. However in terms of points Zico’s side aren’t in deep trouble as such as they are only a win away from leap-frogging up to 5th spot and that is exactly what they’ll target when the Blasters come calling tonight. The Fatorda hasn’t been anything like the fortress it was during previous campaigns with the Gaurs doing little to enthuse their passionate band of supporters this season with poor results. Approaching the half-way mark in the campaign Zico still believes his side are capable of pulling off a spirited revival in their pursuit for one of the knock-out spots.

Lucio has returned from his injury and is available for selection tonight but his Brazilian boss doesn’t believe the former Bayern Munich legend will slot straight into the line-up as he is happy with his defence at the moment and is keen on avoiding any alterations. The back-line was solid for the Gaurs during their first victory of the campaign away at Mumbai City FC hence it makes sense to keep the winning formula intact. The good news continues for Zico, who will have Sanjay Balmuchu return from suspension. The Brazilian will try to implement a 4-3-3 attack, unlike the 3-4-2-1 formation he implemented earlier in the season.

Robin Singh should restart at the apex of attack, while Reinaldo will start alongside the Indian international. Prattesh Shirodkar seems to have recovered from the cramp he suffered during their last outing and should be in line for a place in the middle of the park. Jofre Mateu will once again be handed the creative responsibilities for the evening. Zico spoke about how his side’s failure to re-sign Leo Moura has put a lot of pressure on Joffre to deliver the goods while explaining their poor start to the season. However the highs of a first victory of the season should be able to drive them to another three crucial points against Kerala Blasters at the Fatorda tonight. 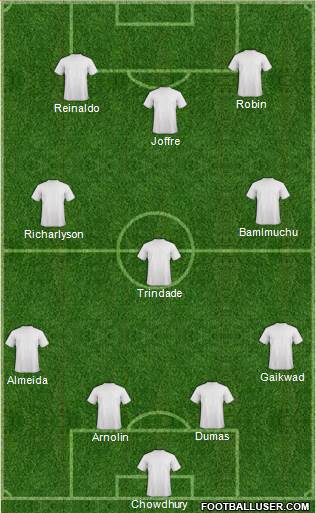 Kerala Blasters arrive into the tie with a three match unbeaten run thundering behind them. They have just conceded one goal in this stretch, while they’ve scored just two. Zico has spoken highly of the Blasters’ solid defence and has already indicated a cagey affair at the Fatorda tonight. Steve Coppell will rely on his best defensive spine to ensure shacking the Goans won’t be a problem but he’ll dearly hope his attack clicks on the night as well because that has been a major factor behind their failure to collect three points. With almost a week’s rest coming into the fixture, the core of the Blasters’ side is expected to remain unchanged.

Sandesh Jhinghan, Cedric Hengbart and Aaron Hughes are all expected to start for the Kerala. Sandip Nandy could yet make another start for the Yellow and Blues in goal after usurping Graham Stack as the keeper in the last two outings. The 41-year-old is the preferred number one owing to the British coach’s need to play another foreign striker up top. Josu Currais will keep his place at left-back as well. Michael Chopra will be tasked with delivering the goods in attack on the night having only scored once for the Blasters in five appearances this campaign. The other spot in attack looks set to be contested by Antonio German and Duckens Nazon although it’s likely that the former will be preferred by Coppell owing to his higher work-rate. 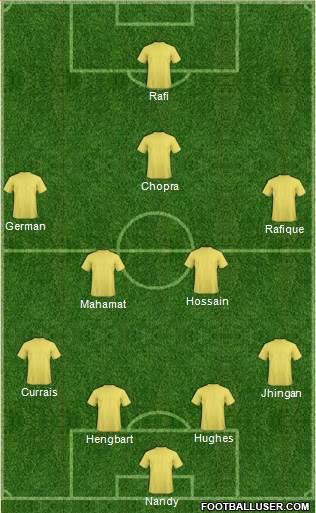 This promises to be an interesting game with the attacking flair of Goa going against the defensive resilience of Kerala. But given their impressive performances off-late coupled with their strong back-line I’m going to go with a narrow victory for the Tendulkar-owned franchise. It will be, as Zico pointed out, a cagey affair at the Fatorda and the Blasters will just about nick a victory to pile on the misery upon the Gaurs.