Real Madrid go into their first competitive fixture this season without two of their biggest names in Cristiano Ronaldo and Gareth Bale. The Champions League winners face Europa League champions Sevilla in the UEFA Super Cup on Tuesday.

The two La Liga clubs face off for the prestigious title with a number of worries ahead of the start of the new football season. Real Madrid will be without their talisman Cristiano Ronaldo, who is still out because of the knee injury he suffered in the Euro 2016 final. The likes of Gareth Bale, Pepe and Toni Kroos will also miss the match due to a lack of match fitness, while Karim Benzema has also not played in pre-season.

Sevilla, who won their third consecutive Europa League title last season, have been crippled by a number of huge losses in the transfer market. Their manager and mastermind Unai Emery joined PSG and wasted no time in signing central midfielder Grzegorz Kyrchowiak for his new side. Striker Kevin Gameiro left for Atletico Madrid and Argentine playmaker Ever Banega is now an Inter Milan player.

However, Zinedine Zidane and new Sevilla manager Jorge Sampaoli will be looking to start the new season by winning what should be a gripping encounter between two of the dominant forces in Europe.

Los Blancos have enough quality in their squad to be able to field a very strong side despite the absence of first team stalwarts like Ronaldo and Bale. The likes of Isco and James Rodriguez will look to take this opportunity to impress the manager, while it is another chance for youngster Lucas Vasquez to shine in the striker’s role. Back-up keeper Kiko Casilla will also have the chance to get some minutes in the absence of regular shot stopper Keylor Navas.

For Zinedine Zidane, it will be a good opportunity to assess his attacking options without the explosive BBC trio. 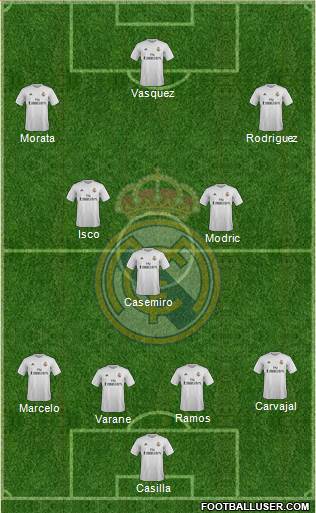 Los Nervionenses have bolstered the side after losing so many key players and their manager. They have brought in Wissam Ben Yedder from Toulouse to replace the departing Gameiro, while Sampdoria midfielder Joaquin Correa will hope to fill the gap left by Ever Banega. Argentine striker Luciano Vietto is also on loan from Atletico Madrid and could have an impact in his first big game for Sevilla.

Former Chile manager Jorge Sampaoli has given new hope to the fans and will hope to take the Europa League specialists to new heights. 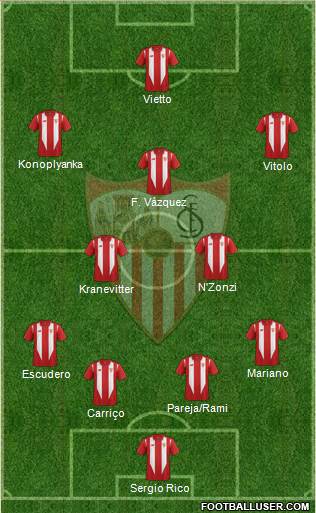 €30 million man Alvaro Morata returns to Real Madrid from a two-year stint at Juventus that has seen him grow into a top class striker. (Photo by David Ramos/Getty Images)

It should be a high scoring encounter between the two La Liga teams as a depleted Real Madrid come up against a new look Sevilla side. The likes of Morata, Modric and Rodriguez are very likely to have an impact on the game, as Sevilla will also be looking at Vietto and co. to fire them to a first trophy under a new manager.

While Los Nervionenses will be hopeful of winning the UEFA Super Cup in their third attempt, the class of the 11-time Champions League winners Real Madrid could ultimately be too much for them to conquer.