Jose Mourinho has the opportunity to equal his predecessor Louis van Gaal’s haul of silverware in his very first competitive match as Man United manager. The Dutchman was sacked shortly after the Red Devils won the FA Cup last season as the trophy failed to gloss over the terrible season that the club had on all other fronts. The Special One has now promised to take United back to the top of English football — a position that currently belongs to Sunday’s opponents Leicester City.

Leicester manager Claudio Ranieri will be looking to deal with the loss of midfield engine N’golo Kante and hit the ground running as the Foxes attempt to prove that last season was no fluke. However, all eyes will be on his opposite number Mourinho as United embark upon a new era under the polarising Portuguese manager.

The Red Devils have done some major recruitment over the summer and this is a far different team to the one that won the FA Cup final against Crystal Palace earlier this year. The likes of Ibrahimovic, Bailly and Mkhitaryan will look to live up to the hype in their first competitive appearance for United.

Apart from a glittering display against Turkish club Galatasaray, United have had a drab pre-season featuring a 4-1 loss to Dortmund and a dull draw against Everton. Jose Mourinho will probably field his strongest team here, with no injury issues at the beginning of the season to worry about. Left-back Luke Shaw is also expected to make his much awaited comeback after missing most of last season with a broken leg. 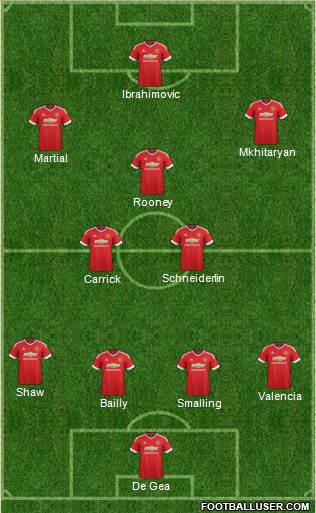 The Foxes have managed to hold on to most of their key players over the summer even though the top Premier League clubs were all gunning for their stars. Ranieri has made a couple of astute signings in CSKA Moscow striker Ahmed Musa and French defensive midfielder Nampalys Mendy as a replacement for N’golo Kante.

The rest of the the title winning squad remains primed and ready to continue their fairytale run from last season. The Italian manager will probably stick to his tried and tested starters for this big game. 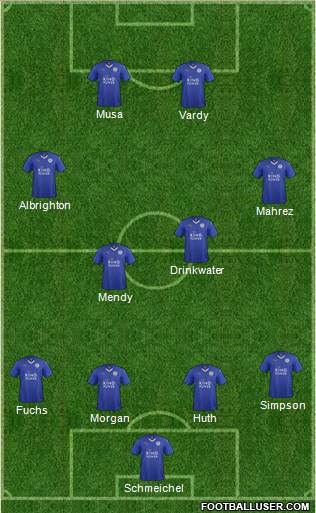 The 23-year-old Nigerian striker was at one time linked with Manchester United, but Leicester City snapped him up from CSKA Moscow for a tidy sum of £16.6 million. Musa scored a brilliant brace against Barcelona in pre-season, and while all the focus will be on the likes of Ibrahimovic and Martial, the Foxes new striker could steal the show.


The arrival of Zlatan Ibrahimovic to Old Trafford has been a huge boost, as the Swedish striker brings with him experience, a winning mentality and goal scoring prowess.

Leicester City have also made a few key signings, but will still be reeling from the loss of N’golo Kante. The transfer speculation surrounding Algerian midfielder Riyad Mahrez will also not help matters as Claudio Ranieri hopes to keep the magic of last season flowing. It should be a close encounter which could go either way, but United are likely to pull off a narrow victory over the Premier League champions.