Colombia somehow made it over the line on penalties against Peru in a match where they were expected to win, while Chile defeated Mexico 7-0 in what was supposed to be an even match. Chile start as favorites to join Argentina in the finals of Copa America based on their form, but Colombia can match Chile toe to toe in terms of squad quality and match-winners.

Colombia entered the group stages of Copa America as the second highest ranked team in the competition and third in the whole world as per the latest FIFA rankings as updated on  June 2, 2016. For a team ranked that high, they were expected to create waves in the competition. Sadly they have flattered to deceive thus far and have only reached the semi-finals on the back of individual performances and good fortune.

For a team known for their attacking talent and prowess, they have managed to score only 6 goals in 4 games and have been held goalless by a lowly Peru. The only positives to look at are 2 clean sheets from the 4 games and the form of their talisman, James Rodriguez. Colombia have reached the finals only on 2 occasions, winning it once. Jose Pekerman, the perennial Tinker-man, has the full squad available for selection except left-back Farid Diaz. 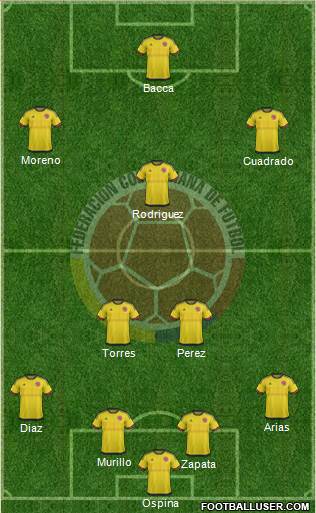 Chile are one of the teams who have played according to expectations in the Copa America Centenario. They were ranked fifth in the world before the start of the group stages, but suffered a narrow loss to Argentina in their first game of the tournament.

They have blazed through their opponents since, scoring a staggering 14 goals in 4 matches and conceding just 5. Eduardo Vargas has been their main goal scorer, with 6 goals thus far. They will also be in red hot form after dismantling Mexico 7-0. However Chile will be missing their midfield maestro Arturo Vidal, who is suspended for the semi-final and left back Eugenio Mena, who is still recovering from an Achilles tendon injury. Arsenal forward Alexis Sanchez is expected to start agaisnt Colombia. 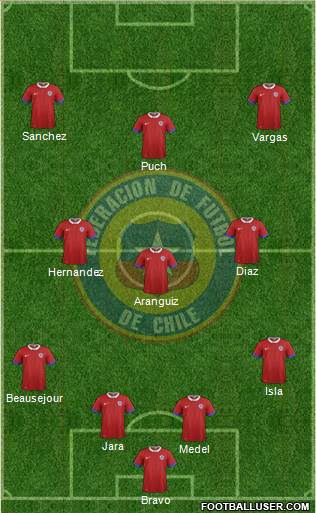 Colombia and Chile have met each other on 13 occasions between 1999 and 2016. Colombia lead the way, albeit only narrowly, with 5 wins compared to Chile’s 4 sharing the spoils in the remaining 4 games.

Both the teams average more than a goal scored and conceded, highlighting the quality of their attacking lineup. Their last two matches have ended up in draws with both teams managing to get on the scoresheet.

Player to Watch out For :

Arguably the best player in the Colombia squad, Pekerman would look towards him to provide the individual spark and brilliance to push Colombia over the line and into their third final in the competition.


Chile are the in-form team at the moment and the dressing room should be buzzing with excitement and confidence after the 7-0 mauling they just handed out to Mexico. Chile will be missing Arturo Vidal in their midfield as the Bayern Munich maestro is suspended for the game. Their only loss in this edition of Copa America was a narrow 2-1 defeat at the hands of Messi & co.

The fact that Argentina have already qualified for the finals will provide more inspiration for the Chileans, as they hope to defeat Colombia and reach the finals to avenge their group stage defeat. Colombia on the other hand have often relied on heroic displays from Arsenal Goalkeeper David Ospina to bail them out and the charismatic Real Madrid star James Rodriguez to provide the attacking spark.

Colombia have a well rounded team capable of beating anyone on their day. Their world ranking shows the consistency with which they have managed to get results. In the Copa Centenario they have come this far without being able to play their best and it doesn’t take long for a team with their talent to start clicking. Even the Head-to-Head record speaks volumes as to the evenness of the two teams.

As the head to head statistics suggest, both the teams should be able to find the net. But, in the end, Chile should have the form and quality to upstage Colombia to set the stage for a battle with Argentina in the finals of Copa America Centenario for the second year in a row.