The sponsor of this article is the trusted football steroids store – Stero Market.

While newly promoted Norwich City will be harbouring hopes of making it further in the FA Cup thanks to a decent season so far in the Premier League, standing in their way are five-time FA Cup champions Manchester City who will prove to be a tough hurdle for the canaries, as the two teams face off in the 3rd round of the competition.

While the match isn’t exactly going to be an impossible battle for Norwich City, given that they have given top flight teams some scares in the Premier League, it will be an uphill task as Manchester City look to avenge their League Cup loss to Stoke City.

This match will be the first time Canaries manager Alex Neil will be leading a team into an FA Cup tie, and he will be looking to make it a memorable one in a competition that is known for upsets and shock results.

Norwich City proved that they can mix it up with the best English teams around, giving stiff competition to Chelsea before losing out and pulling off that shocking upset against Manchester United. They will also be looking to take advantage of the fact that Manchester City have had a few injury problems and could field a relatively weaker starting XI as a precaution.

The Canaries will look to their most impressive attackers thus far — Alex Tettey, Wes Hoolahan and Cameron Jerome — to take advantage of a weakened Manchester City defence. Neil will probably set up his team to defend deep and hit back on the counter attack, which could help them tame the Citizens. Although Norwich City do have the home advantage, Manchester City have not lost an away game in the FA Cup since 2010, and that is a record that would be difficult to break at Carrow Road. 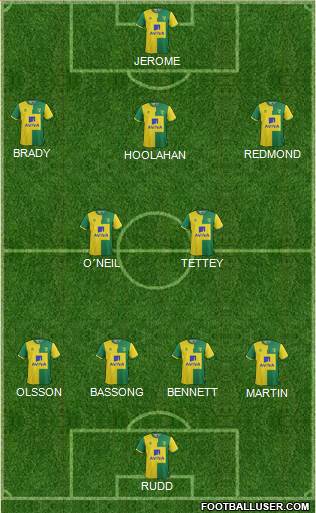 For Manchester City, the team sheet could well be a case of who isn’t playing more than who is. Sergio Aguero, David Silva, Joe Hart and Kevin de Bruyne will all most probably be rested for this encounter. Although Manuel Pellegrini’s men were handed a loss by Stoke City in the Capital One Cup, the Citizens injury problems means that the manager must be cautious with the use of his players, and he could look at this match as an opportunity for some of his star players to take a breather.

Wilfried Bony will be making an appearance back from injury and will look at this encounter to get some much needed game time up front as the lone striker. Jesus Navas and Raheem Sterling will be on the wings, with the former needing to impress the manager enough to provide competition for a first team place in a star studded Manchester City side.

In midfield, Fabian Delph, Fernandinho and Fernando will look to make sure the absence of Yaya Toure is not felt too much. Defensively, the club have been handed another blow as Eliaquim Mangala has suffered an injury, leaving Martin Demichelis and Nicholas Otamendi as the only two fully fit centre-backs at Manuel Pellegrini’s disposal, while Willie Caballero starts in goal. 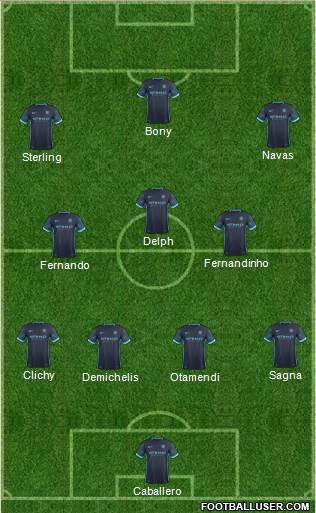 The young English starlet has been very impressive for Manchester City since arriving from Liverpool last summer and is one of the big names who will feature for them in this FA Cup clash. His pace and skill down the wing will be troubling the Norwich City defenders and if he can polish up his finishing, then this could well be a chance for him to add further credentials to his already impressive resume.

Manchester City do not head into the game with the best of form behind them, and the fact that their manager could well be resting a number of key players means that the Canaries will have a good chance of providing them with some stiff competition. The home advantage also lies with Norwich City and it looks like a draw is on the cards this evening at Carrow Road.