Villarreal have had the Spanish heavyweights tag removed from them in the last few years, but they seem to be getting back to the usual top half of the table this season, with a string of good performances, and Real Madrid would have to be extra careful against the surprise attacks by the Yellow Submarine. .

The Yellow Submarine has risen to the surface this season, putting up a string of good performances, and are now contending for a spot in the UEFA Champions League. They are four points behind fourth-placed Celta Vigo, and can go to within one point of them, if they can notch up a win against Ream Madrid in this match.

The Soldado-Bakambu combination seems to be working brilliantly for Villarreal. While Cedric Bakambu has taken up the scoring responsibility with six La Liga goals to his name, Roberto Soldado seems to have become the chief provider in the squad with five assists. This partnership would be crucial, to break down the Real Madrid defence.

However, Villarreal’s main problem is in defence, especially in the left back position. With both Jaume Costa and Bojan Jokic doubtful for the game, 18-year-old Adrian Marin is set to man the flank that would be attacked by Gareth Bale.

Marin would certainly require left winger Denis Suharez to backtrack a lot, in order to help him out against the marauding runs of Bale and Danilo. Villarreal could hurt Real Madrid from the Right flank where Jonathan Dos Santos normally operates, but this may leave them vulnerable to attacks from Cristiano Ronaldo. 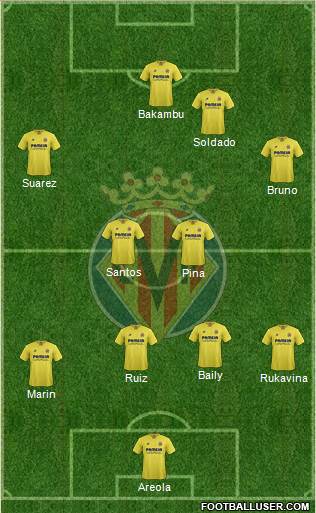 The Los Blancos have had a bittersweet season so far, and would be looking to continue their good form to get back to the top of the table, after being dethroned due to a few bad performances in November. They have also been receiving a lot of bad press as a result of being banned from the Copa Del Rey, and the whole affair of Karim Benzema being banned from playing in the French national side for allegedly blackmailing compatriot Mathieu Valbuena.

However, Sunday’s match presents Rafa Benitez’s side with the perfect opportunity to go within two points of the top of the table, with FC Barcelona drawing their last two matches against Valencia CF and Deportivo la Coru a.

The midweek match against Malmo FF was the first occasion when the Ronaldo-Benzema-Bale combination all scored in the same game. Also, the fact that they pumped eight goals past the Swedish side would be a huge confidence-booster for them.

Both James Rodriguez and Marcelo are st to start the match, which basically means p=more problems for the Villarreal defence. Although the natural formation for these players looks like 4-2-3-1, they Benitez could set them up in a 4-3-3, with James slotting into midfield, beside Modric and Kroos.

Isco is also fit, and could play a part some time later in the match. Gareth Bale is a man who can play many positions, but is expected to start on the right flank on Sunday. 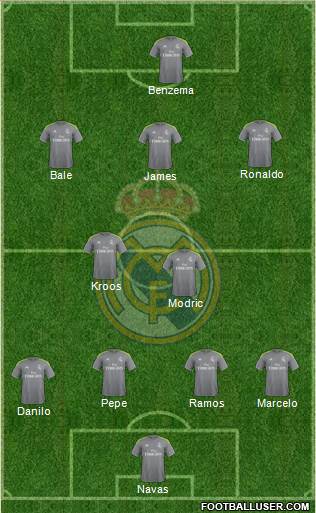 A bit of a no-brainer this, especially with Real Madrid’s brilliant record against Villarreal. Also, the fact that Ronaldo has scored every time he has visited the El Madrigal for Real Madrid, and would be looking to carry that momentum forward.

The Yellow Submarine has been strong at the El Madrigal this season, but they may mot be strong enough to stop the strength of Cristiano Ronaldo, as the Portuguese forward just loves to visit their stadium. However, it has been difficult for many teams to take away many points from this stadium, and a draw looks to be on the cards.