Real Madrid CF face off against Rayo Vallecano on Sunday in a Madrid derby that manager Rafael Benitez must win to reassure fans of the club of his ability after last week’s defeat to Villarreal. RealMadrid have impressed in the Champions League, their domestic campaign is in a bit of trouble as they find bitter rivals FC Barcelona and Atletico Madrid five points above them in the La Liga table.

Rayo Vallecano are in the relegation zone and will travel to the Santiago Bernabeu to try their best to get something out of a game where they go in as massive underdogs.

The pressure is on Rafa Benitez as he needs to win the last match before Christmas to appease Los Blancos fans after their shock loss to Villarreal the previous week. His pragmatic approach to football has not won many fans at the Bernabeu and he has to make this win a big one if he wants to impress the fans.

In attack, Real Madrid have been boosted by the return of the ‘BBC’, but they have underwhelmed together and will be looking to make up for it against Rayo. Ronaldo’s trickery and Bale’s pace can cause all kinds of problems for the opposition defence and they will be looking to link up with controversy affected French striker Karim Benzema to emulate the kind of success that rivals MSN are having at Barcelona.

If those three aren’t enough, Real have Colombian James Rodriguez who will look to create and influence attacking play. James has shown sparks of greatness this campaign but needs a solid performance to remind fans of just how good he is.

German Toni Kroos also returns to central midfield after recovering from the flu and he and Luka Modric will form the engine room for Real, taking control, holding on to the ball and setting up attacks.

Benitez has always focused on maintaining a good defense and the likes of Sergio Ramos, Pepe and Marcelo will try to put the slip ups in the past behind them, as new boy Danilo will look to cement his position at Right back with a good performance. In goal, Keylor Navas is proving to be a gem and dispelling the bitterness of losing out on David de Gea one save at a time. 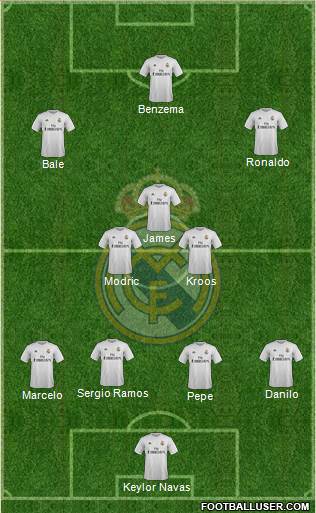 For Paco Jemez’ men, every match from here on in is a battle to avoid relegation and in this game they will look to leapfrog Malaga and Granada to get out of the drop zone.

Paco Jemez likes his team to play expansive and attacking football and it is expected that he will not bring his team to the Bernabeu to just park the bus and eke out a draw. Although this has worked well for lower table teams in the Premier League, it remains to be seen if Rayo can pull it off.

As for star power, the best that Rayo can boast of is Portugese forward and Manchester United reject Bebe, who will look to link up with Javi Guerra up front. But if the attack seems disheartening then the defence is even worse. Rayo boast the worst defensive record in the La Liga so far, with fellow relegation candidates Levante, having conceded 27 goals in their campaign so far.

It’s definitely going to be an uphill task for Rayo Vallecano. 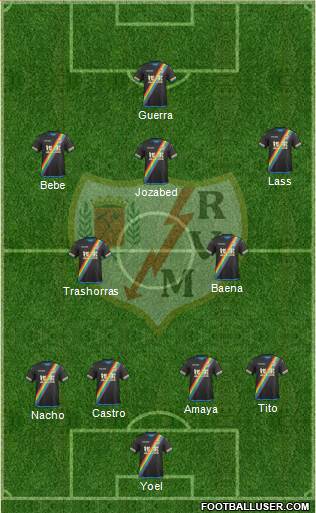 Player to Watch Out For:-


Real Madrid’s talisman, the Portugese winger is always the one to look out for anywhere he plays, but this is a big match for him with his Ballon D’or credentials being questioned after an unimpressive campaign in La Liga so far.

Ronaldo, who lies in the 5th spot on the La Liga goal scoring charts, has only scored 10 so far and he will be looking to inflict as much damage as he can to a leaky Rayo defence.

Real Madrid have scored 5 goals each in the past two encounters between the two clubs and this derby, unlike many others, is a huge mismatch. BBC will look to prove themselves to the Los Blancos faithful, and will try to emulate their Champions League exploits against FF Malmo. Although everyone loves to see the underdog come out on top, with the attacking riches that Real has, it will be highly improbable that Rayo can get something out of this game.