Manchester City come off of a very mediocre string of results to welcome a Swansea City side, that recently lost their manager and several coaching staff, to the Etihad Stadium.

The Citizens blistering start to the season has faced a few hiccups in the past couple of weeks and though they are still only 3 points away from 1st placed Leicester City, they do not look like the unbeatable side they did earlier. Swansea meanwhile have had a very disappointing season compared to the heroics of last time out and are currently hovering just above the relegation zone and have recently sacked manager Garry Monk, leaving them without a coach.

Manchester City will again miss out the services of arguably their best players in attack and defence — Vincent Kompany and Sergio Aguero. However, they do have an embarrassment of riches to choose from. Raheem Sterling was very impressive in their 4-2 win over Borussia Monchengladbach in the UEFA Champions league and will continue to create chances down the left wing.

David Silva and Kevin de Bruyne are two of the most creative players in football today and will look to feed the likes of Sterling and Bony, while taking their fair share of shots as well. For Wilfried Bony, he faces up to the club that he made a name for himself at and will look to repeat his goal-scoring performance of their last encounter.

Yaya Toure is a powerful player at the center of the field and will link well with Fernandinho to make for one of Manchester City’s best central midfield pairings.

Defensively, the Citizens have quite a few chinks in their armour and will look upon the central defence of Nicolas Otamendi and Eliaquim Mangala to perform better than they have this season and not only rely on goalkeeper Joe Hart getting them out of trouble. 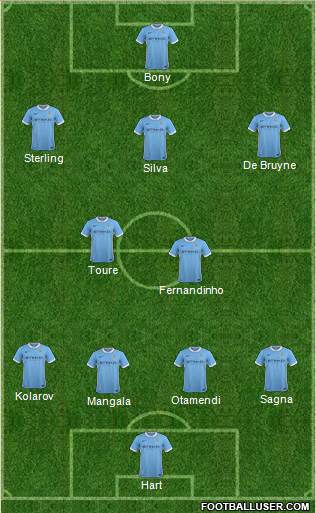 Manchester City are probably not the ideal club that the Swans would like to face given their current state of affairs. Though Swansea City do have a very talented strike force od Bafetembi Gomis, Jefferson Montero, Gylfi Sigurddon and Andre Ayew. But the last time they really impressed was when they beat the Citizens’ neighbours Manchester United 2-1 way back in August.

Alan Curtis – who has taken caretaker charge of the club after 11 years, will do his best to try and make the most of this game in honor of Garry Monk, who led the side to an 8th placed finish last year, but was mercilessly axed after a series of bad results that has seen the team fall below the wayside.

Swansea will look to play defensively and attack on the counter as they have to contend with a very creative and threatening front line for the Manchester City side. 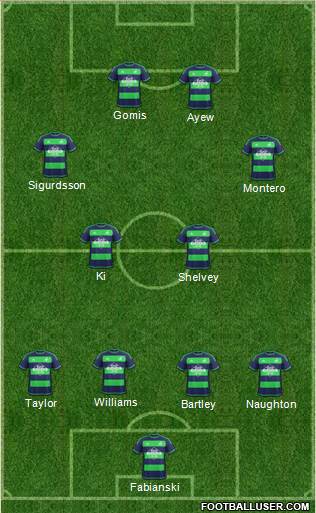 Player to watch out for:-

The Spanish magician has just recently returned from injury and has already returned to scoring ways in the Champions League and will look to do so now in the Premier League as well. He has the trickery, intelligence and creativity to be a thorn in the side of the Swansea defence and will play a major part in Manchester City’s attacking play.

If this were the Swansea City that was playing last season, then they may have stood a chance against the Citizens. But with such dismal results and performances, coupled with the departure of the much beloved Garry Monk, it doesn’t look like the Swans will be much trouble for a Manchester City side who cannot afford to take it easy, given their recent run of results, and who will go full throttle to display their prowess in front of their home fans.

Blast From The Past:-