Group F leader Bayern Munich go to Croatia looking to end the group stages on a winning note against Dinamo Zagreb, who have already been knocked out of the competition and are only playing for pride.

Bayern Munich have been in brilliant form this tournament having already scored 14 goals, behind only Real Madrid, and dominated their group, winning all their matches except for that one loss to Arsenal. Dinamo Zagreb, on the other hand, have won only once and that match involved the mercurial Arsenal as well.

With nothing left to play for but pride, Zagreb will welcome the German champions to their home looking to sour things a bit for them before Bayern enters the knockout stages of the competition.

Dinamo coach Zoran Mamic has no injury problems or suspended players heading into the game and can pick his strongest starting line up against Bayern.

While their attacking trio of Junior Fernandes, Angelo Henriquez and 20-year-old Marko Rog will try to get the better of Bayern Munich’s defense, the master plan for Dinamo Zagreb would be to give priority to the back four and try to attack on the counter.

Their confidence will also have been dented by the 5-0 thrashing they received at the hands of Bayern during their visit to the Allianz Arena and Mamic will probably be content with achieving their first Champions League win since 1999, against Arsenal this season. 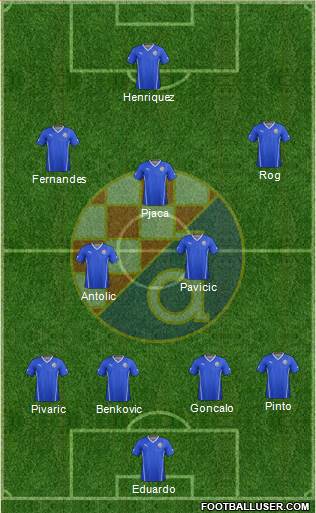 The wealth of talent at Bayern Munich is such that even though two highly influential players like Franck Ribery and Arjen Robben aren’t fully match fit, they can still field a starting XI that could easily beat any team in the tournament.

Injuries to David Alaba, Thiago Alcantara, Mario Gotze and Douglas Costa will not worry Pep Guardiola much with his devastating attacking duo, Thomas Mueller and Robert Lewandowski, who scored a hat-trick in the two teams previous encounter, in trailblazing form. The young French sensation Kingsley Coman, who at 19 years of age, has also played for PSG and Juventus, and is raising a few eyebrows in the competition this season. He will be linking up with Lewandowski and Mueller to form an attacking trident.

They also boast of a strong midfield presence with Javi Martinez, Xabi Alonso and Arturo Vidal, who will look to control possession and dictate play from the middle of the field. Expect the defenders to also come forward in attack and Manuel Neuer hovering around his side of the pitch in his usual manner as the ‘sweeper’ keeper. 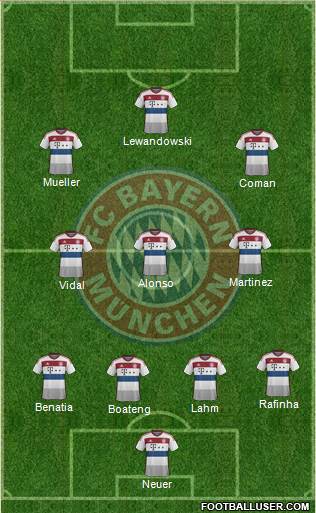 Player To Watch Out For:

The Polish striker has been in stupendous form this season, scoring five goals in the Champions League and 20 in all competitions. He will be looking at this match to increase his tally of goals for the season and will take advantage of the weak defence of a side that is not used to the kind of attacking threat that Bayern Munich presents.

This will be another opportunity for Bayern Munich to score freely and post a decisive win against weaker European opposition. Their attacking prowess is enough to destroy the defences of most teams in the Champions League and Dinamo Zagreb do not have the experience and skill to try and take the game away from the German giants. Real Madrid had demolished Malmo 8-0 last night and sent out a massive statement of intent and Bayern will be looking to do the same against Dinamo Zagreb.


Blast from the past: