FC Barcelona have looked like the team to beat in all of Europe this season and after successfully qualifying for the UEFA Champions League, now turn their attention to La Liga where an upbeat Deportivo visit Nou camp.

Deportivo have had an impressive season so far and have taken away points from tough games against Atletico Madrid, Sevilla and Valencia, as well as beating one of Barcelona’s vanquishers — Celta Vigo — 2-0. This could well be their toughest fixture this season, but the space of one week has helped them a lot as Barcelona have left behind a 7 game win streak to compete in two drawn matches in the previous week.

Barcelona will have one eye over their shoulder as Atletico Madrid, who are just two points adrift of the league leaders, will have a chance to leapfrog them should they fail to get points in this game.

Barca manager Luis Enrique will be without Defender Jeremy Mathieu who is out with a thigh injury, midfielder Sergi Roberto (ankle) and their prized forward Neymar, after the Brazilian suffered a groin injury during training before their Champions League match against Bayer Leverkusen.

The return of Lionel Messi and exceptional form of Luis Suarez will however negate that loss and it is a chance for a young Munir El-Haddadi to impress for the Catalans. Their midfield trio of Sergio Busquets, Andres Iniesta and Ivan Rakitic are probably the best midfield presence in the world right now.

Their experienced defense, consisting of the likes of Gerard Pique, Javier Mascherano and Daniel Alves will look to make up for any lapses last week and in Claudio Bravo, they have a world class shot stopper. 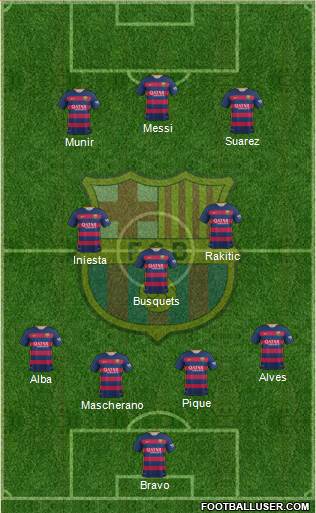 Sixth-placed Deportivo La Coruna are on a six-game unbeaten run and have suffered just two defeats in all competitions this season. Their spirits will be lifted by the fact that they secured a 2-2 draw in this fixture last season.

Deportivo are without injured trio Jonas Gutierrez, Celso Borges and goalkeeper Fabricio for the trip to Catalonia.

Although they will probably be looking to park the bus and defend, in Right Forward Lucas Perez they have a very potent attacking player. Perez has scored 10 goals in La Liga this season and is competing alongside the likes of Cristiano Ronaldo and Neymar for the honor of top scorer. Any defensive lapses by Barcelona may well be swiftly and severely punished. 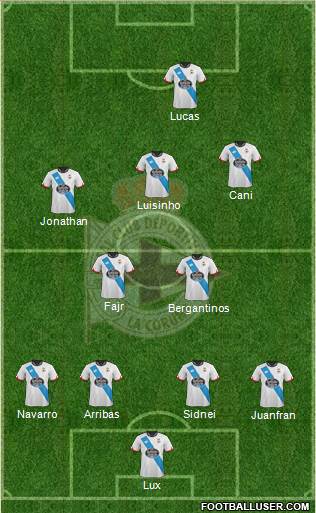 Player To Watch Out For:-
Lucas Perez

In a match featuring the attacking prowess of Luis Suarez and Lionel Messi, it is perhaps unwise to suggest that Lucas Perez will outshine either of them. But Perez has been in the best form of his life this season and the entirety of Deportivo’s goal scoring expectations will be on him. He works hard, creates chances, is quick off the mark and has a hammer of a left foot. It will be interesting to see if he can use all those qualities to help Deportivo pull off a major upset.

Deportivo have grounded out draws against most of the toughest opponents that La Liga has to offer and could well repeat the scoreline of their last match against Barcelona, who have had an ever so slight dip in form this week after their couple of draws. On the other hand, Deportivo are on an excellent run of form and will look to increase their unbeaten run to 7.